Well, it has been awhile since my last update.  So here goes with what's up with my art some of the recent leasing of sculpture to cities. 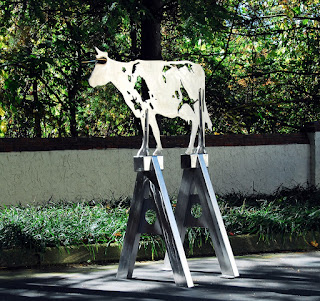 COW ON A HORSE, stainless steel, 5'X5'X2' is now on exhibition in the center of Suwanee, GA 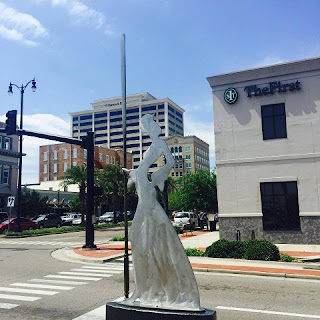 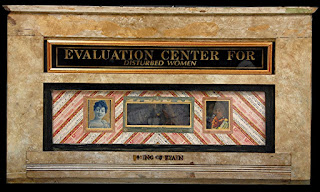 THE WOOING OF ETAIN, a large mixed media collage was one of three pieces selected for a group show at The Bascom in Highlands NC in the spring of this year.  This is part of a new series that I am doing based on Irish Mythology.

Jim
Jim Collins is primarily a Public Art sculptor working in a figurative manner, best exemplified by his long running series the WATCHER. His sculpture style has been characterized by the use of silhouettes of people and animals constructed of stainless steel, aluminum and other metals. Art is important when it is based on sound historic forms together with fine craftsmanship. So, that is the theme of my sculpture. Creativity and craftsmanship are the two main elements of my art, for both private and public art commissions.